Learn how much sleep is enough, what happens with a little and lots less sleep, pharmaceutical orientations toward sleep, mystical orientations, and sleep articles and tidbits that will make you the life of the party as you regale people with your knowledge!

To the health of your children and yourselves!

Each of the below brings you to a new page on Augusta’s site with resources and clippings.

Here’s a few starter stats for you 🙂 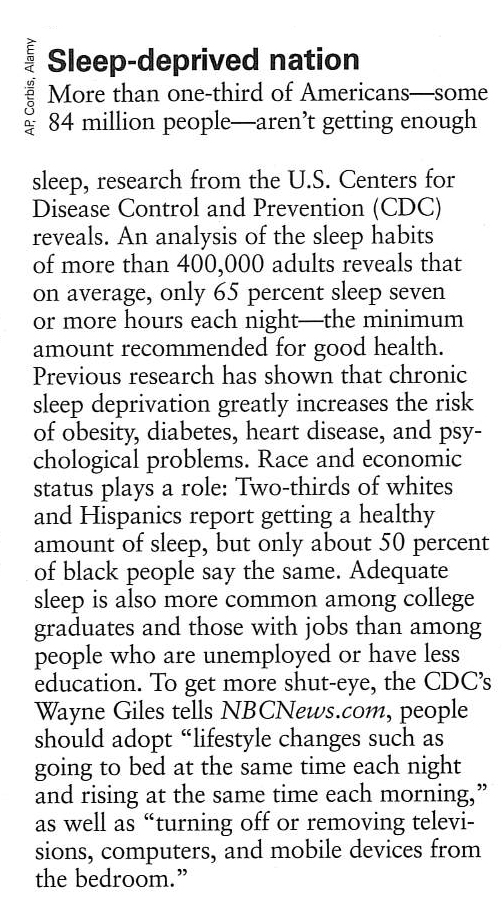