All of these approaches are effective, but effective in different ways.

Books have tables of contents, papers have outlines, and elements are categorized in the periodic table. The inherent lesson of these examples is that people learn better and are more able to act on knowledge when they have an organizing scheme. In addition to common sense and personal experience, advances in brain imaging and cognitive assessment bear out this intrinsic principle.

Thus, it is essential for parents to have an organizing framework when learning about and utilizing behavior management (which includes social skills and emotional intelligence development). Armed with this knowledge, they will be better able to understand their own approach, other methods, and the ideal approach. Use of the word ideal may disturb some people, but the practice that is recommended in this article is espoused by developmental psychologists, counseling psychologists, parent effectiveness trainings, school discipline experts, emotional intelligence gurus, and management sages alike.

Anger, criticism, humiliation, and corporal punishment are all included here. Doing pushups, running laps, yelling, and the arbitrary removal of privileges and rewards are common examples. Exasperated parents and those under a time crunch are particularly prone to using this approach. In the short term, it is very effective and fairly easy, however there are serious problems that make this approach inadvisable.

Inducing guilt can take many forms. Silence with a look of disapproval, a sigh, and a slow shaking of the head are nonverbal methods. Common phrases may include “You know better” and “I’m really disappointed in you.” The dreaded lecture or moralizing are more verbose methods. Guilt is often deadly effective. It can be more effective than punishment, because the authority preventing the action rests in oneself instead of some external power. In essence, guilt is instilled, internalized punishment.

Both the parent and the child know which rule or social norm has been violated, as well as what the acceptable behavior is. Guilt is the reference to the rule or norm and the implied or stated fact that the child is bad for not adhering to it. For example, a parent may say “You know you’re not supposed to hit your sister. What’s wrong with you? I’m really disappointed.”

While a child may feel guilty in any case, the child can choose to (1) accept that s/he is really bad, (2) to reject the norm and try not to get caught the next time or, ideally, (3) to make some restitution and learn how to behave differently in the future. The third choice is where growth happens. As with punishment, guilt does not teach the child how to replace the behavior that resulted in guilt, while still having his or her needs and objectives met. A type of internal conversion with guilt can be obtained, but it is an unhealthy one.

We’ll use a camp example here to change it up a little. Like S’mores, the buddy approach is a camp staple. Counselors left to their own devices often choose this approach. In a nutshell, the counselor attempts to control children with friendship and humor. “Come on guys!” and “I’m nice to you, you be nice to me!” are common refrains. This method is so popular because it works well on several levels.

As with sugar, there are down sides.

Adults can be friendly, nice, and chummy with children . . . being genuine/authentic to who you really are as a person, and also hold on to the wisdom that comes with years of experience.  That wisdom is best conveyed in a Socratic and curious manner, which is the Success Counselor approach below.  When campers need an infrequent, gentle reminder of lessons they’ve already learned, this approach is often quick and effective when coming from a liked and respected counselor.  There is nothing wrong with one’s self-expression of beliefs, as long as it is not offered OR heard with the idea that following such a belief is to be done BECAUSE of who I am, or someone else is, or some power structure.  A change in behavior due to respect and rapport is quite different than one due to desiring/contingent relationship or favor, or blind obedience.  It can be difficult to discern the motive behind a child’s later actions in such a brief exchange.  Even when problems arise that don’t “have to” be addressed, counselors can utilize them as teaching tools that can help children solve their problems and deal with their emotions in better ways.  In essence, one’s agency is outside oneself in the recipients of the buddy approach.  Although camp counselors were the example used here, parents often fall into the buddy approach pitfall as well.

In essence, this is the use of natural and logical consequences. There are three important distinctions to make when speaking of consequences.

Although the monitor approach is effective and offers restitution, there are several significant problems and pitfalls.

Behavior is adjusted because of rules and limits imposed and monitored by an authoritative power. Societally, this is the role police have. It’s easy to tell if the consequence is done because the child feels it is the right thing to do, or because they have to it. Just ask yourself (or the child) if the child would do it if you didn’t make them. If they could take or leave the consequence, would they take it or leave it? If they’d leave it, then their hearts and minds have not been reached.

When children are unwilling to work on their behavior, the monitor approach is the preferable fallback method, but parents should use the success counselor method (see below) first. Of course, if the parent starts the monitor approach and the child decides that s/he would prefer the success counselor method of accepting responsibility and working on self-control, that door should be left open.

Okay, so what the heck is the preferred method? Specialists in child and human development understand that self-control through internalized values and morality is both preferable and ultimately more effective than methods which involve external control.

All the other methods described focus on changing behavior and hoping that a change in mind will ensue. The aim of a success counselor is just the opposite: to change campers’ minds, which will change their behavior.

The central premise is that people use behaviors to help them get what they want and need. At their core, those needs are: power/control, affection/love/attention, self-respect/worth/esteem, fun, belonging/connection to others, and safety and survival. All behavior occurs for one of those reasons. All behavior is code telling us which need someone was trying to meet. There is no discipline system that will work well if it is geared toward getting people to do what you want, without also helping them to meet their needs. Deep down, children want the same things we all do, but sometimes they just go about it in ways that they need to learn don’t ultimately work as well as others.

In essence, the parent tries to help the child understand the need behind his or her behavior and figure out a more prosocial way to meet that need. Children are walked through the problem-solving process so that they understand how their emotions, needs, and behavior are all linked to the present outcome, as well as a more desirable one. The goal of parents should not be to solve campers’ problems, but rather to give them information and support to create themselves as their own solutions. In other words, we want to teach children to fish instead of just giving them a fish.

What happened? How did that make you feel? What did you want? What did you do to get it? How did that work? What were/are some other choices you could have made? What is the best choice? That sounds like a good plan, so let’s check back with each other to see how it works, okay?

When the child has come this far and accepted their responsibility, a conversation about appropriate restitution usually follows easily.

As Gossen aptly states, “When children understand that the goal of discipline is to strengthen them and to teach them, they will no longer be afraid to face their mistakes. They will begin to view a problem as an opportunity for learning a better way.” When children take responsibility, they become the ones deciding when freedom is withdrawn and when privileges will be restored. Responsibility = choices = power.

It isn’t possible to fully explain this method in the scope of a short article, but there is another “Partnering with Parents” resource that goes into more detail — Success Counseling. 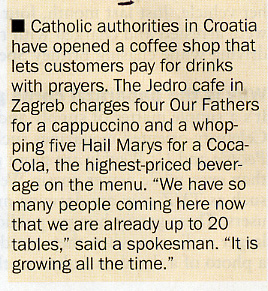 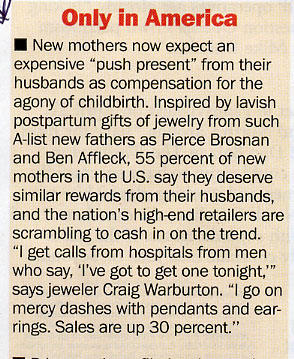 {From Time Magazine:}  It must be lonely at Robert Mugabe’s during the holidays. That’s the premise of a new ad from South Africa–based fast-food chain Nando’s, which has scored a viral hit by depicting Zimbabwe’s president (or rather, a lookalike) all alone at a festive dinner table once crowded with his fellow dictators. Luckily, memories of sunnier days past — making sand angels with Saddam Hussein, karaoke with Chairman Mao, hitting the swings with P.W. Botha — keep Mugabe’s spirits up. 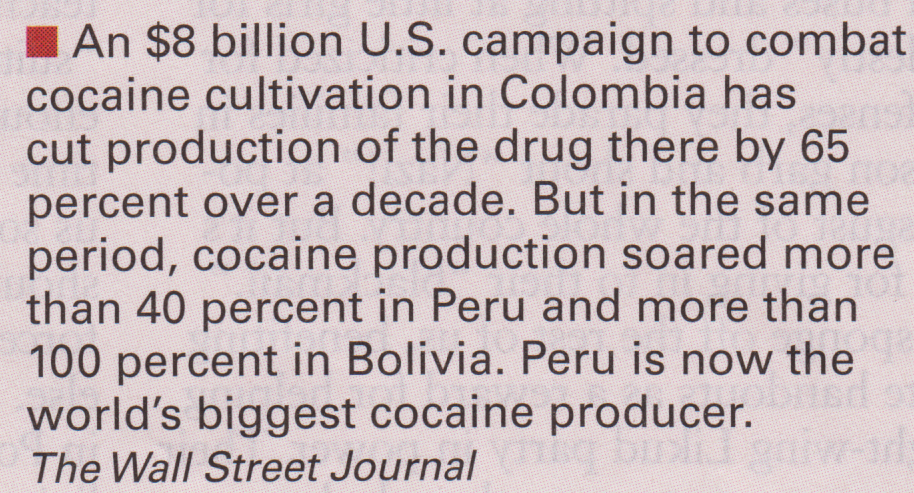 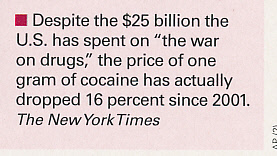 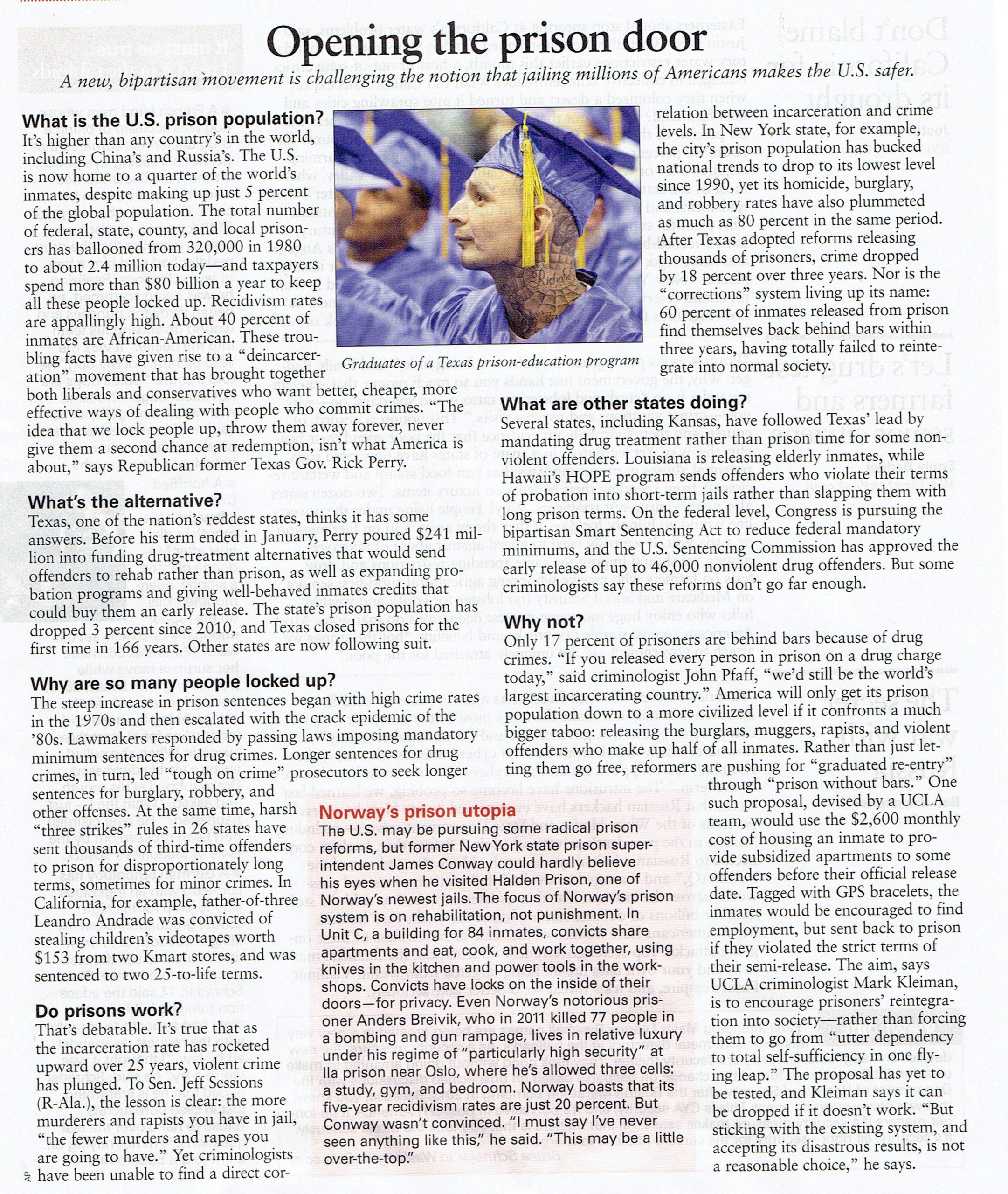 Drive: The surprising truth about what motivates us
Video by Dr. Pink’s, based on his book by same title.