A few extra links of interest related to the experience of or thoughts around Wish, Wonder, and Surprise.

“The mind is the voyager of journeys, the center of questioning, the conjurer of fear,
the seed of desire, the door of compassion, the creator of joy.”  Kirkland.

“The fairest thing we can experience is the mysterious.  It is the fundamental emotion
which stands at the cradle of true art and true science.”  Einstein.

“The greatest obstacle to discovery is not ignorance, it is the illusion of knowledge.”  Boorstein.

“We may affirm absolutely that nothing great in the world has been accomplished without passion.”  Hegel.

Imagine . . . teleportation.  End of natural death.  Aliens visiting Earth.  The last war.  Fusion as our main source of energy.  Money out of politics.  All of those are fiction, and perhaps they always will be.  Not so long ago, powered flight, electricity, surgery, cars, and computers were also the realm of fiction.  A commonality amongst inventors, social or scientific, casual or infamous, is an active imagination combined with passionate action.  To break that down a bit more, creators of any ilk entreat Wish, open to Wonder, and are readily tickled by Surprise.

Stop . . . think . . . when is the last time you had the sensation of your blood rushing, your mind quickening, your eyes brightening, your shoulders rising, and your breathing sharpening?  It is possible it might have been something “passive,” like watching an engrossing movie, reading a book, or watching a sporting event.  Now, when is the last time you felt a passionate Wish, Wondered at something, and were Surprised at the outcome, or your thoughts, that ALSO inspired you to ACT?  I’ll venture to guess that it was something you were actively engaged in, and that your were playfully and energetically engaged in the activity.  Wish, Wonder, and Surprise were likely all sparked.  It’s a pretty cool feeling, and one that I bet we Wished happened more often.

I’ve been asking folks and looking around, and it seems to me that our experience of the nature, intensity, and frequency of Wish, Wonder, and Surprise have changed for the worse.  I definitely do NOT think that there is a dwindling supply of Wishes, that Wonder isn’t plentiful, or that Surprises are doled out in finite quantities at birth.  They are as plentiful to the individual now as they have always been.  But, a thickening of our skin, the cataract-dulling of our eyes, and cacophony of noise has made our senses less acute.  It takes more to “get us going.”  True story:  A thirteen-year-old boy sits slumped on a couch, watching a video about the structure of the universe and the nature of incredible celestial objects.  The drama is interrupted by commercials for Cheetos, Halo 3, and the new BMW convertible.  The boy switches channels for a while, briefly landing on Simpsons’ re-runs, gets up to grab a Red Bull soft drink, returns briefly to the television, and then switches over to playing the Halo 3 video game.  Alone.

Below are some more common ways I believe children and adults experience Wish, Wonder, and Surprise today.

Below are some ways that children experience Wish, Wonder, and Surprise while at camp.

At camp, Wish, Wonder, and Surprise have a different intensity, frequency, and intentionality.  The philosophy is often that children learn best when they discover truths for themselves.  Children need to explore, create, and challenge.  Feeding children answers and giving them facts deadens their thirst and hunger, their Wonder and Wish, for what is true and possible.  Play is a natural expression of Wish, Wonder, and Surprise.  Play is a tool for learning, and not something given so many minutes during the day.  That play is more pure and inspired when it is free of the digested images and ideas of movies, television, or YouTube.  Through original play, children learn social skills, their passions, and their potential.

Campers and staff may Wonder at the stars and universe while in a canoe, on the lake, at night.  In the amphitheater, enjoying some hot chocolate with marshmallows, stories are told the old-fashioned way, over a campfire with a single teller weaving his or her tale.  During an evening program, campers may Wonder at the riddles and various tasks that challenge individuals and teams, tapping their physical and mental abilities.  A camper may Wonder at how a staff person or camper is able to accomplish feats of physical or creative skill.  After placing dye on a folded piece of fabric, a camper may Wonder at how the finished piece will turn out, waiting until the next day to find out.  A camper may look at his/her counselor and Wonder how they are able to be free and truly themselves without fear of ridicule or being judged, which is uncommon in most normal environments.

Wish on the first shooting star.  Wish the hand-cranked ice cream won’t be too liquidy.  Wish for a new and delightful friendship in the cabin mates you have yet to meet.  Wish your ceramic pot turns out better than expected . . . things you didn’t think would happen, but when they do, you’re surprised.  Wish to see an Alligator Lizard or American Dipper.  Wish a given counselor returns again next summer.  Wish Lazy Dog would come every day.  Wish for the camp vote for a given program to turn out to be what you wanted.  Wish to make level five in archery, so you can fire a flaming arrow at the Phoenix.

Below are some key differences of experiencing and fostering Wish, Wonder, and Surprise at camp. 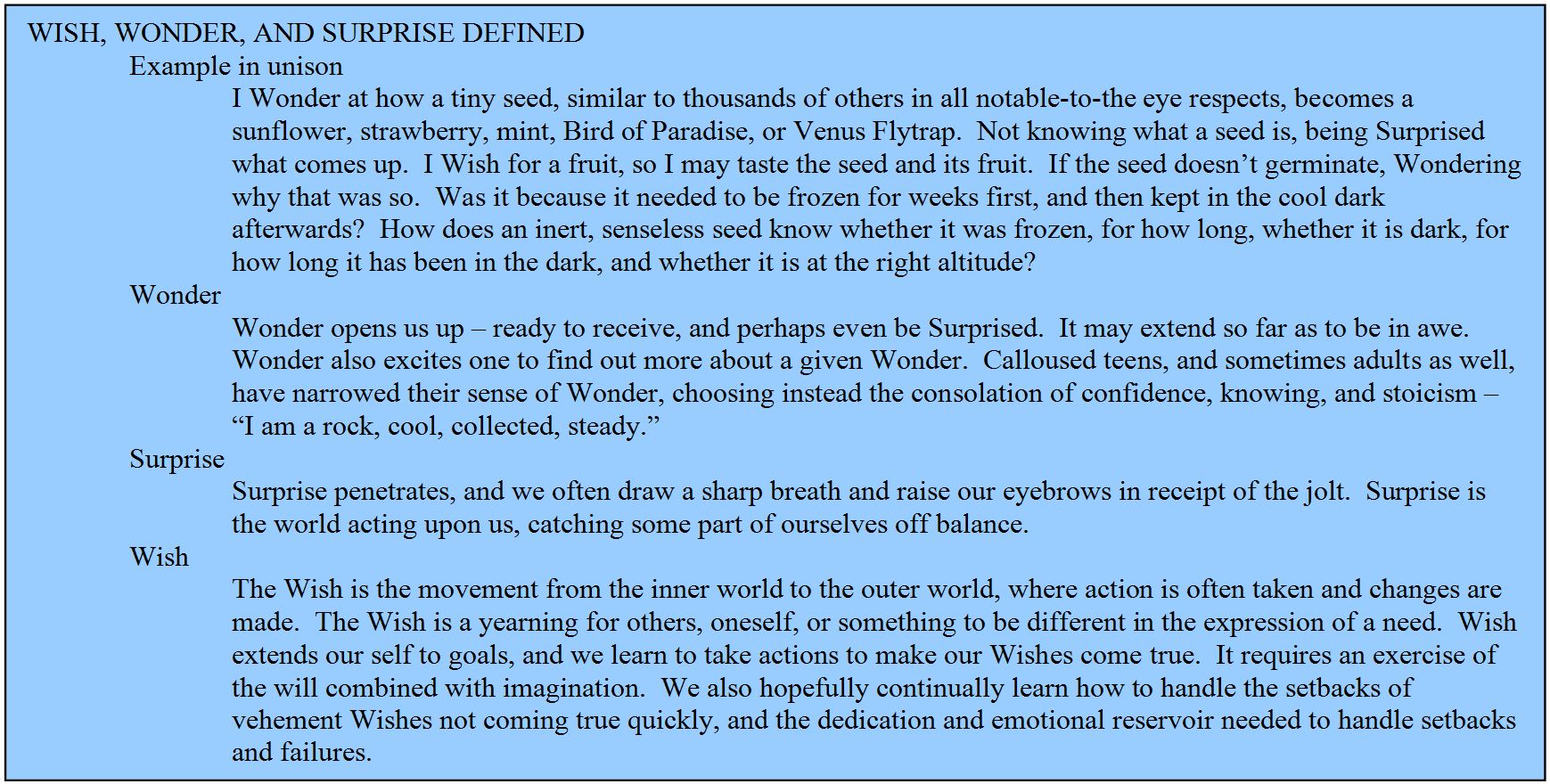 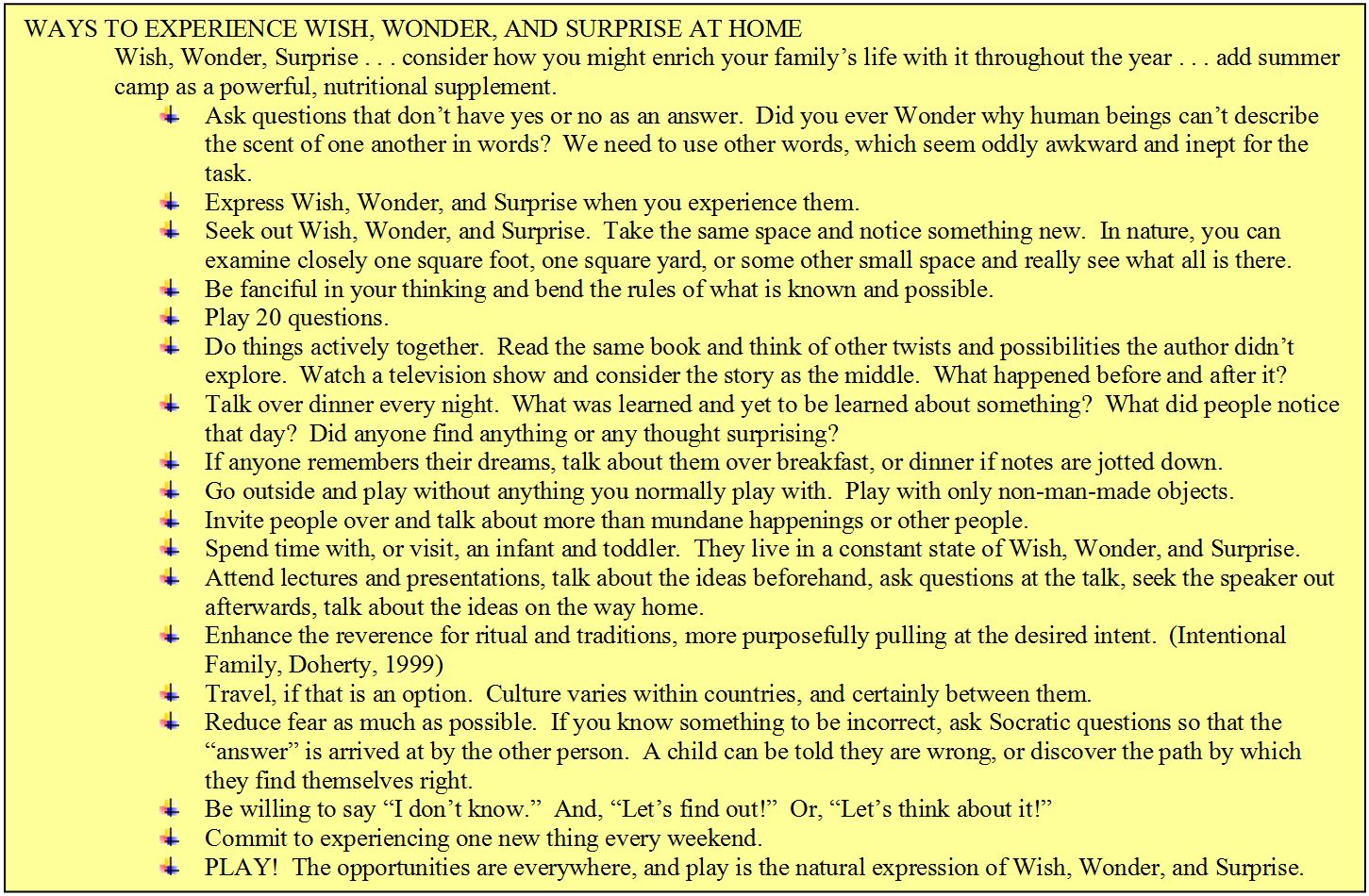 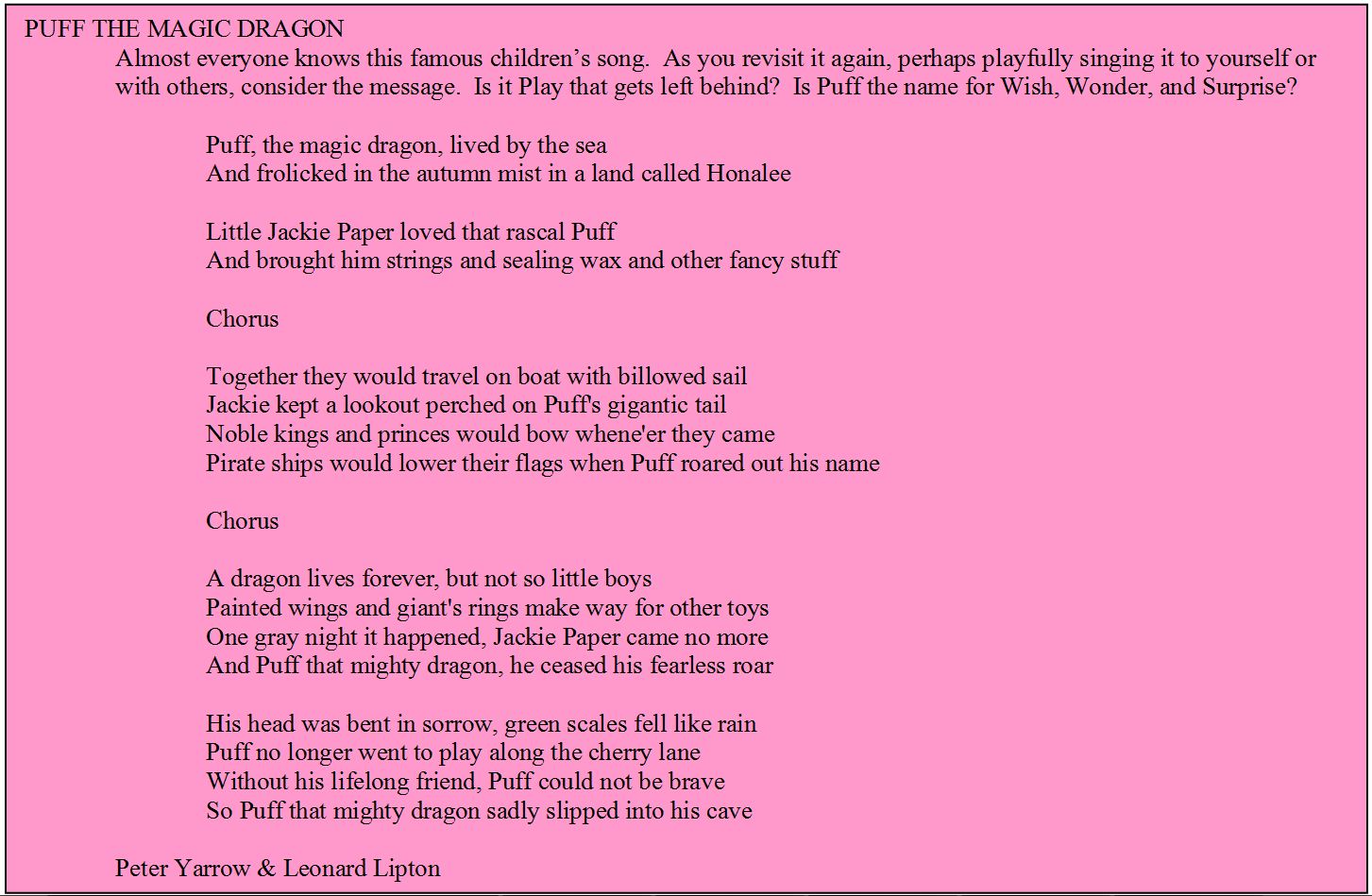 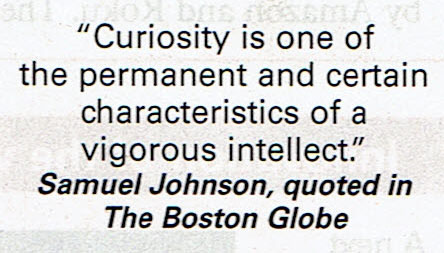 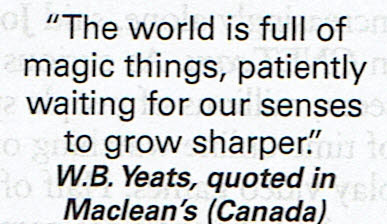 Some more links to wish, wonder, and surprise at 🙂